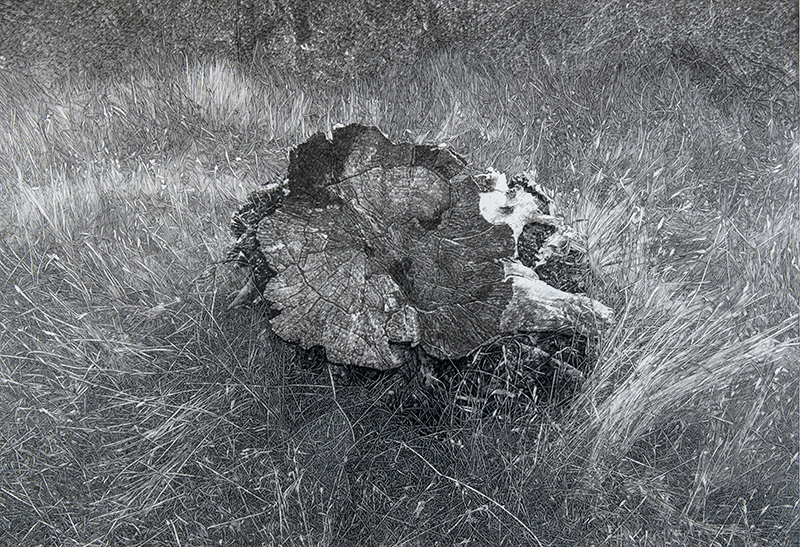 Deniz Aktaş
Born in 1987 in Diyarbakir (Turkey). Lives and works between Istanbul and Diyarbakir (Turkey).
“In most of my works, I see the city as a continuous construction site.”
The works of Deniz Aktas reflect the stigma of radical urban change, forced evictions, demolitions, and even armed conflict.

Could we associate your work with the notion of « ruin aesthetics » ?

In 2016 I started a new body of work titled No Man’s Land, which has been a turning point in my practice. At the time, I was living in one of the cities that underwent severe transformation - like many others in the Southeastern parts of Turkey and Syria. This ongoing destruction took shape in both physical and intangible ways, as it affected culture too, and it was compelling to watch this scene of change through our windows. My drawings reflected a feeling of standing both inside and outside of the cities and crisis through which I lived, perhaps also bringing forward the idea of “ruin aesthetics”.

My drawings transform catastrophic scenes into sterile images composed of systematic and linear strokes made with a black ink pen. The ruins bear traces of violence as well as a potential for transformation. My work therefore evokes a sense of being stuck in between two poles, like hanging in the air and in a timeless state.

To what artistic practices or periods does your work relate ?

Ruins of Hope 2 refers to a painting titled The Wreck of Hope (1823–24) by Caspar David Friedrich, which shows a sinking ship that has crashed into an iceberg. In this painting, one can feel humankind’s helplessness against nature. It is a good example of how romanticists portrayed melancholic landscapes and nature’s superiority over humans.

What inspire me most are the city, urban politics, rights, migration, displacement and conflicts ending in war or peace. From a broader perspective, I am interested in humanity's domination of nature, driven by political reasons and how we’re responsible for our own despair. Governmental policies can cause displacement of thousands of people voluntarily or involuntarily, mass migration and disruption of ecological balance. This inevitably also results in cultural erosion.

What’s the political dimension of your work ?

I have been deeply affected by the political instability and wars in the Middle East over the last decades. I was a young kid when my village was evacuated, and we were forced to migrate. It nurtured a feeling of disidentification. This is trauma on a social scale. It starts with a small community but, in a domino effect, also transforms cultures. Having seen both sides of this I believe, as an artist, that it is important to build bridges between poles and raise concerns through my work.