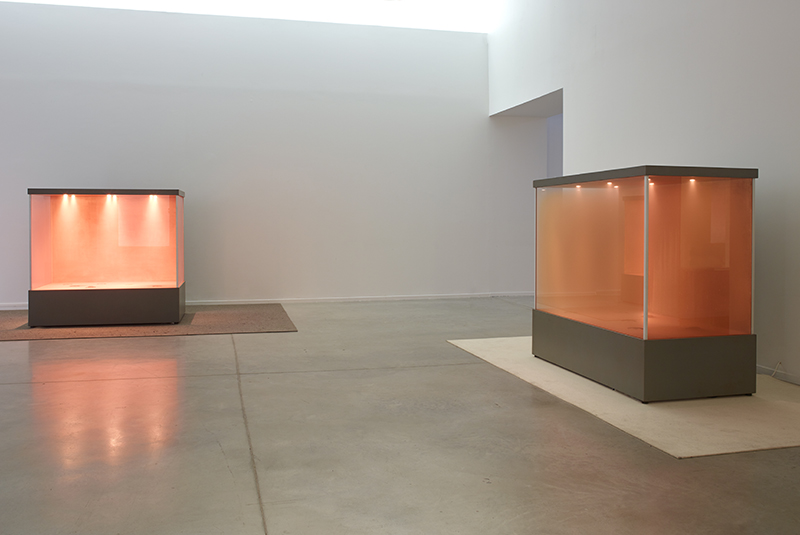 What relationship does your work maintain with cinema ?

I believe my work retains a dynamic relationship with cinema and its process of ‘worldbuilding’. In the work there is always a tendency to think not of subject and object per se, but what happens between the object and subject - a transitional situation occurring as part of a certain condition or atmosphere, creating a complex system.

Similarly, an object is never perceived as just a thing, but as a tool, event or an instrument. So the tendency to narrate, however abstract it may be, is always there. Unlike in Smithson's quote "To spend time in a movie house is to make a ‘hole’ in one's life", the main difference to my work is that spectator's body has agency; the visitor is an active participant, determining attention span, duration, readability, and sometimes even influence the course of the work.

Cinema and architecture also serve as modes of viewing; I am interested in looking at cinematic fictions as scripted architectural spaces, and to look at architecture through the lens of different observing and experiential apparatuses. Therefore, the mechanisms used often resemble editing process: closeups and details versus wide cityscape shots, macro vs micro, ellipsis and parallel storytelling. Not only do bodies move, but the space itself does, approaching, receding, turning, dissolving and recrystallizing…

Beyond the influence of J. M. W. Turner’s paintings, are there specific films, or cinematographic atmospheres, that may have inspired the Origin series?

For sure, but the paintings were chosen for a particular reason as they are said to be portraying, for the first time in art history, visible thermodynamic changes in the earth's atmosphere. They also challenge the idea of art history as something static and preserved, as they become 'unstable images' being continuously constructed and deconstructed - which is in itself a cinematic strategy.